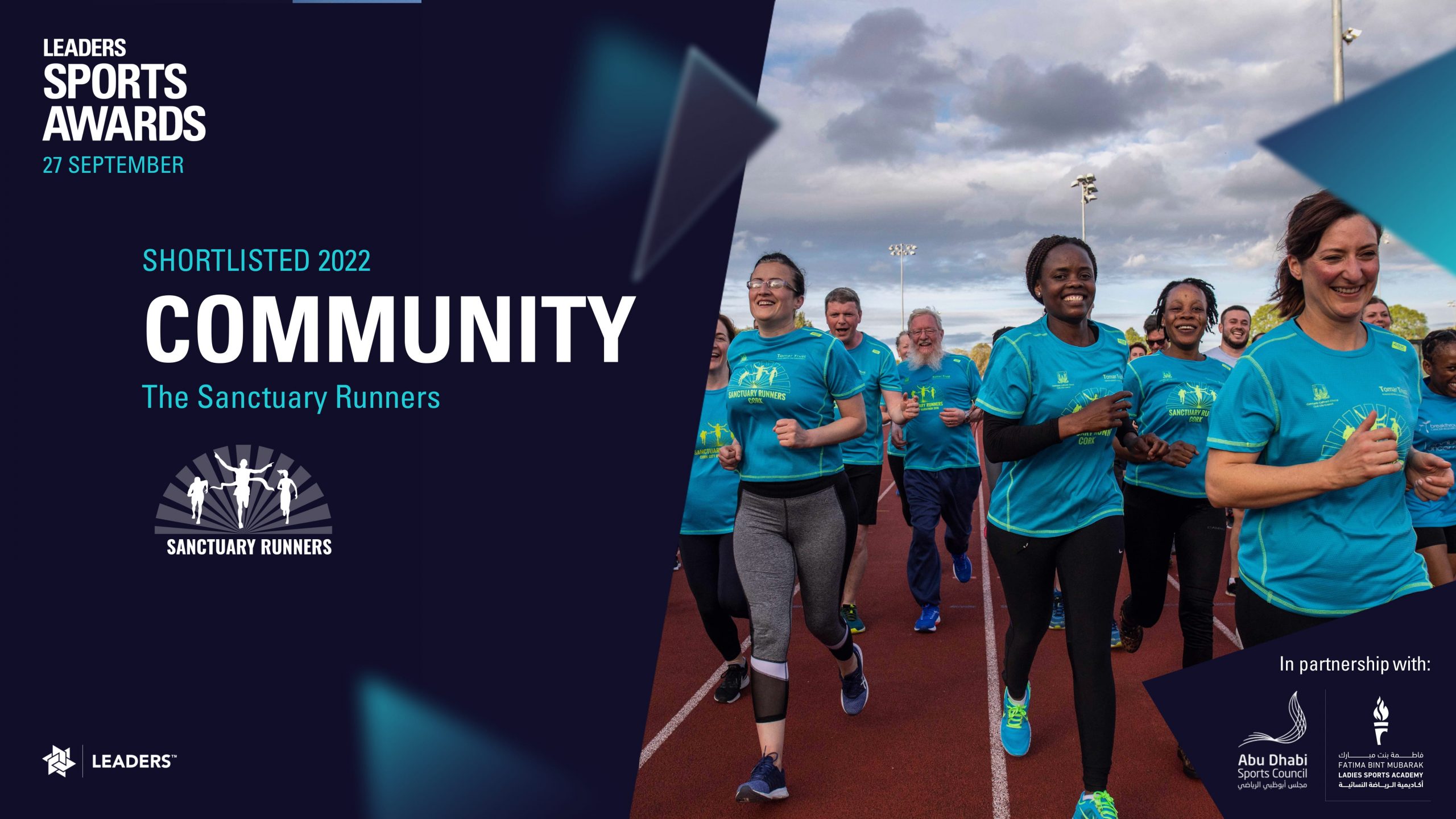 An Irish-founded solidarity-through-sport movement has been shortlisted for a prestigious ‘Leadership in Sport’ award in the UK.

The Sanctuary Runners, which uses running, jogging and walking to bring all in the community together, was founded in Cork in 2018 and is now expanding internationally.

It currently has groups in almost 30 locations across Ireland and plans to add many more over the next two-years.

Shortlisted in the Leaders in Sport Awards’ ‘Community’ category it will go up against the likes of Arsenal football club, Adidas, the Dribble Academy Foundation of India, the Muslim Sports Foundation in the UK as well as Sport England and Paralympics GB.

While the Sanctuary Runners use running to bring together those living in Ireland with people seeking international protection and living in Direct Provision, as well as Ukrainians who have moved here in recent months, it is an organisation open to all and encourages those who have moved to Ireland from abroad, to live or work, to join also.

The same model will be adapted internationally as the movement grows across the world. Already there has been significant interest in starting groups in cities in the U.S., Canada, Germany, Italy, France, Belgium, Australia and elsewhere.

He said: “The Leaders Sports Awards are a huge deal in the global sports industry. If you look across all the categories you will see the giants of world sports represented there, the American NBA, Bayern Munich FC, Oracle Red Bull F1 Racing, Six Nations Rugby and so many more. For an Irish solidarity-through-sport movement to be amongst those is so important because to grow we will need partnerships and the support of such organisations. Its international recognition too of all the great , and important, work which has taken place in Ireland over the last four years where now we have over 7,000 Sanctuary Runners. And next month we will launch a new initiative to grow our footprint all across the island. Its a very exciting time for us with new senior managerial appointments, the development of a new strategy and a real desire to bring this model far and wide.”

The Leaders Sports Awards will take place at an awards ceremony at the Natural History Museum in London on September 27th.