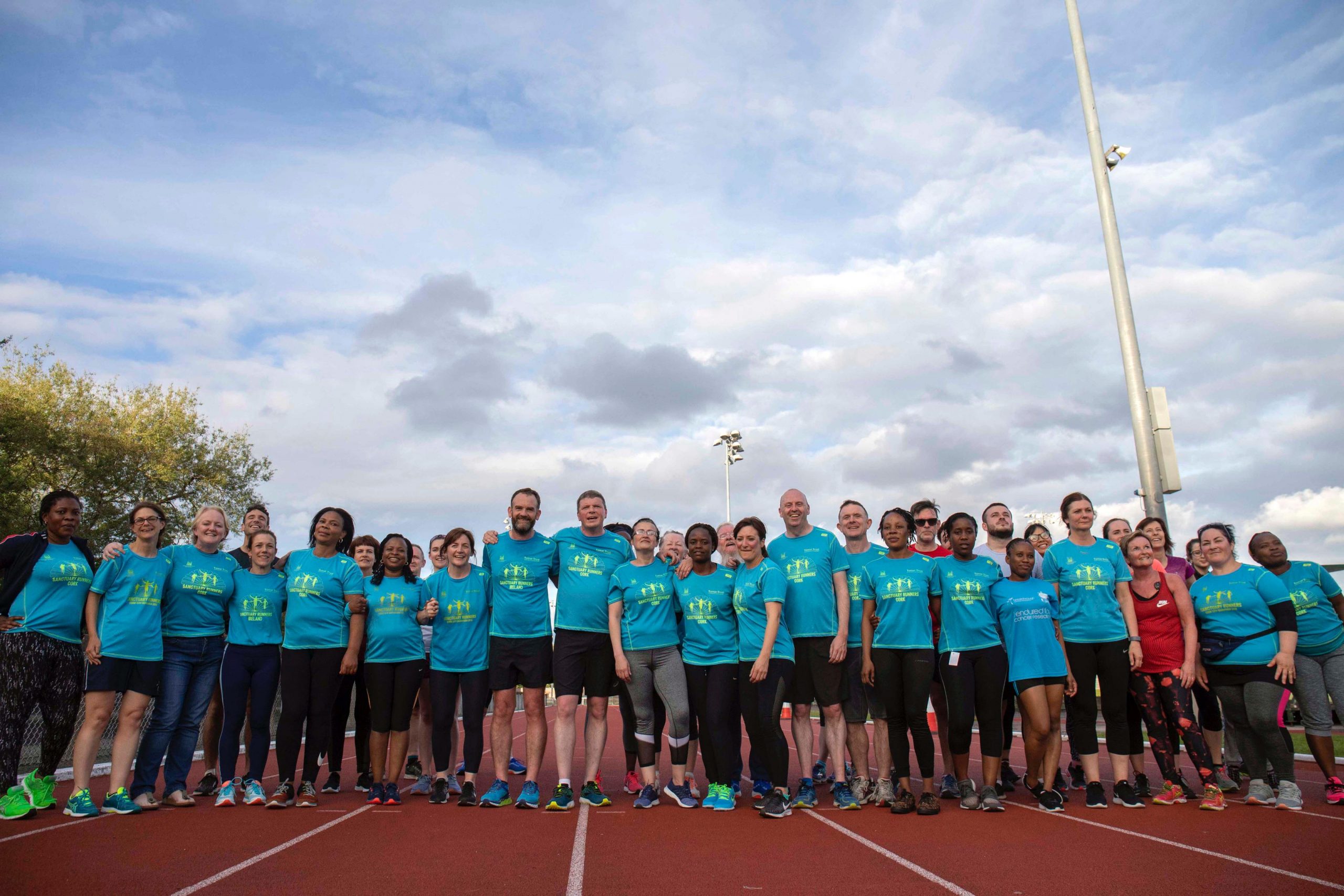 THE SANCTUARY RUNNERS TO LAUNCH IN WEST LONDON

An internationally acclaimed Solidarity-through-sports initiative is to begin in West London on Saturday, November 6th and organisers are calling on runners, joggers and walkers to join their team.

The Sanctuary Runners is an initiative founded in Ireland but it’s now going global, with plans to establish groups across the UK, Europe and the rest of the world.

With over 30-groups in Ireland the initiative has been a vital bridge to bring together those in the community from different backgrounds and in 2019 it was named by the European Commission as one of the leading Solidarity-through-sport initiatives in the European Union.

Non-political and secular it’s focus is on solidarity, friendship and respect. A quarter of its large membership in Ireland are people seeking international protection.

“When you run, jog or walk with us you’re valued as an individual, rather than a label. So we don’t care if you’re a refugee, asylum seeker, resident or citizen, we run as one is positivity and respect,” explained its founder and CEO Graham Clifford.

The Sanctuary Runners concentrates more on solidarity rather than charity and believe such an approach is more sustainable.

Clifford explains: “It’s a rather unusual ask we’re making. We’re asking people to give a little bit of time rather than anything material. By using that time to better understand each other and treat each other as equals we’re sharing something powerful. We’re learning so much about ourselves and others and, as a bonus, we’re doing it while staying fit and healthy. We don’t take ourselves too seriously and aren’t overly earnest – we believe sharing positive, light hearted moments is crucial in terms of helping someone’s mental health as many deal with difficult situations.”

“We’re going to meet in the park that morning at around 8.30am, and every Saturday morning during the month of November, to hand out free running tops to those who want to join the group. We hope, as well, to have some taking part who are currently seeking international protection in the UK – some runners, some joggers and some walkers of all abilities,” explains Tracey O’Brien who is coordinating the new Sanctuary Runners’ London group.

After collecting tops the group will take part in the Fulham Palace parkrun https://www.parkrun.org.uk/fulhampalace/ which begins at 9am every Saturday morning.

In Ireland the parkrun movement and the Sanctuary Runners have worked very closely together for many years.

Tracey O’Brien added: “We’ve been working with great teams from the West London Welcome Refugee centre and have been in touch with Hammersmith and Fulham Council in preparation for this first run and really hope Londoners in the area can come and join in with us in solidarity, friendship and respect on November 6th.”

Refugees in West London and elsewhere, currently staying in hotels and other accommodation units, are given a weekly allowance of just £8-a-week by the state so the Sanctuary Runners are looking at a variety of ways of getting people to the Fulham runs from the surrounding boroughs.

To find out more about the Sanctuary Runners just visit Sanctuaryrunners.ie or to join us in London just drop an email to Londonsanctuaryrunners@gmail.com