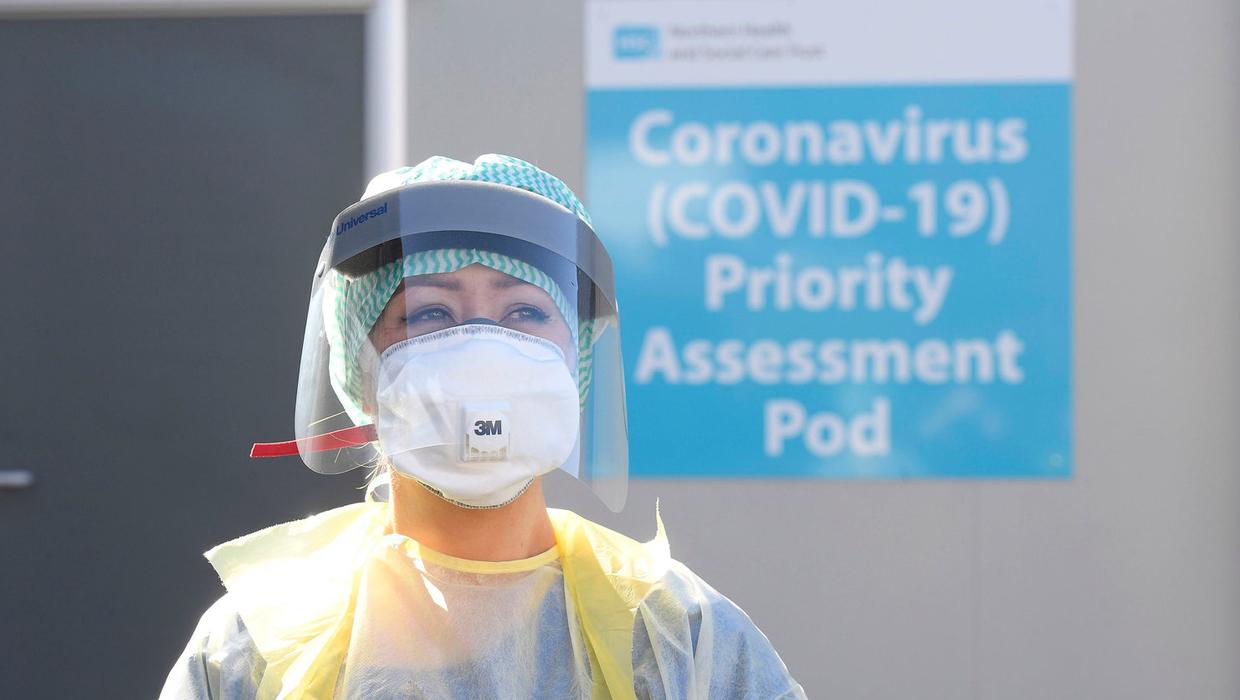 An Infectious Disease Specialist has called for healthcare workers to be removed from Direct Provision centres immediately saying the continued use of such workers in settings such as nursing homes ‘connects two powder kegs’.

As recently as yesterday (Wednesday, April 1st) Minister for Justice and Equality Charlie Flanagan, speaking on the RTÉ Radio 1 Today with Sean O’Rourke programme, said it was good that healthcare workers in Direct Provision “were putting their talents to use.”

And last week both the Minister for Health Simon Harris and the Irish Medical Council said more skilled workers from Direct Provision should join the fight to push back the Covid-19 curve.

Alan Gallagher, spokesman for the Medical Council, said last week that refugees and asylum seekers with medical training may be able to assist by “providing essential support” by taking up roles including as healthcare assistants.

However, Dr Eamonn Faller, an Infectious Disease Specialist Registrar at Cork University Hospital, believes such a policy is both dangerous and inconsistent.

He said: “Healthcare institutions and Direct Provision centres both contain dense populations of vulnerable people. To have the two linked in this way is to put both populations at needlessly increased risk. Instead of one powder keg you now have two, but requiring just one spark. We need these healthcare workers at work, but we need them to have safe and appropriate accommodation to go home to.”

The Sanctuary Runners and NGOs such as the Irish Refugee Council, Nasc, Doras Luimní, the Irish Association of Social Workers and Amnesty International have been calling for health workers, and their families, to be removed from Direct Provision centres for almost two weeks now.

“They should be moved out to alternative accommodation, such as hotels, and told to self-isolate for two weeks. Also, they should be tested to ensure they are negative and then these wonderful, dedicated and hard-working people can return to the workforce when they’re most needed”, said Graham Clifford, Founder of the Sanctuary Runners.

He said: “On the one hand you have the National Public Health Emergency Team (NPHET) suggesting that a living situation such as my own, in an apartment with two of my colleagues, is problematic and yet they seem to have no problem with healthcare workers living in huge overcrowded direct provision centres full of vulnerable people. It’s wildly inconsistent.”

The Sanctuary Runners contacted Nursing Homes Ireland on Monday of this week pleading with them to refrain from using workers from within Direct Provision, until they could moved out of centres and tested, but to date has received no reply.

Graham Clifford said: “It’s just beyond belief that this is not only being allowed happen but is actually being promoted by the most senior government ministers. We are fast-tracking the growth of clusters. We already know of a case of a health worker living in a Direct Provision centre who has tested positive for the virus and who had been working in a nursing home. We’re being contacted daily by healthcare workers in Direct Provision centres across Ireland who are scared. On one hand they know they are moving from one at-risk setting to another but at the same time you have the likes of the Minister for Health, and their employers, telling them to show up for work at this time of national need.”

He added: “If we treat people in Direct Provision with the same respect as those outside of these centres then we must move them out and allow them work – we must extinguish the spark now before it’s too late.”