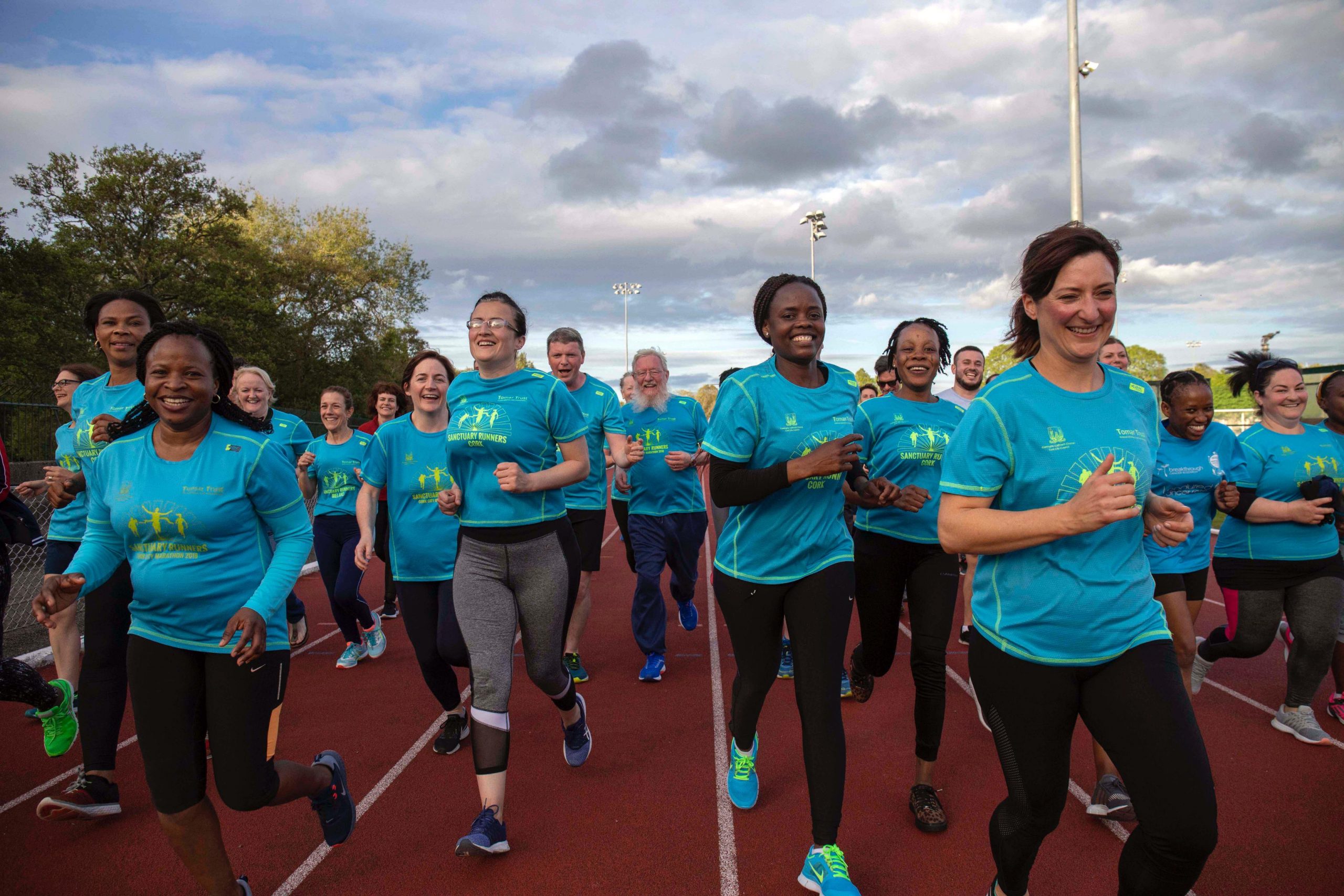 On the Eve of St Patrick’s Day an Irish NGO will take centre stage at the United Nations in New York.

The Sanctuary Runners use running, jogging and walking to bring together asylum seekers, refugees and wider society.

On Wednesday, March 16th, its founder and CEO Graham Clifford will present to the UN’s ‘Group of Friends of Sport for Peace and Sustainable Development’ hosted by the Mission of Monaco in New York.

Present will be delegates, including ambassadors, from nations across the globe who champion the cause of sport in achieving positive social change. Over 50 countries form the ‘Group of Friends of Sport for Peace and Sustainable Development.’

Graham Clifford said: “I want to use this opportunity to not just explain what the Sanctuary Runners do and why, but to try and encourage a change in how the world embraces the challenges of immigration. To champion the fact that if host communities do things ‘with’ rather than ‘for’ refugees the chances of positive community integration are greater. It’s a very proud moment for our movement to be on such a world stage – and as the CEO of an Irish NGO I’m especially proud that this opportunity has arisen on the eve of St. Patrick’s Day.”

He added: “Ireland has opened its arms to refugees fleeing from the Ukraine as well as our hearts. We can and should do this to help all those who arrive in our country in search of our help – regardless of where they come from. We have an opportunity now to be a leader in this area, to show that a state can be compassionate, empathetic, and innovative rather than populist and over cautious. I really believe now is Ireland’s time to stand up and stand out as a beacon of hope and decency. We have much work to do to improve but we can get there.”

“Already we have some Ukrainian members and we would love to get more as the weeks and months pass by. To run, jog or just walk with us, to share moments of positivity in the great outdoors. We can be a network, a supportive community for all,” said Graham Clifford

The Sanctuary Runners now has over 5,000 participants in Ireland and last November established a group in London. Over the coming months it will reveal plans for the development of groups in Germany, Italy, Cyprus and the U.S.A.

In June it plans to have 1,000 Sanctuary Runners participate in the Cork City Marathon.

A partner of sporting bodies such as the Olympic Federation of Ireland and Athletics Ireland it also plans to pilot a Sanctuary Swimmers’ initiative in July of 2022 with Swim Ireland.