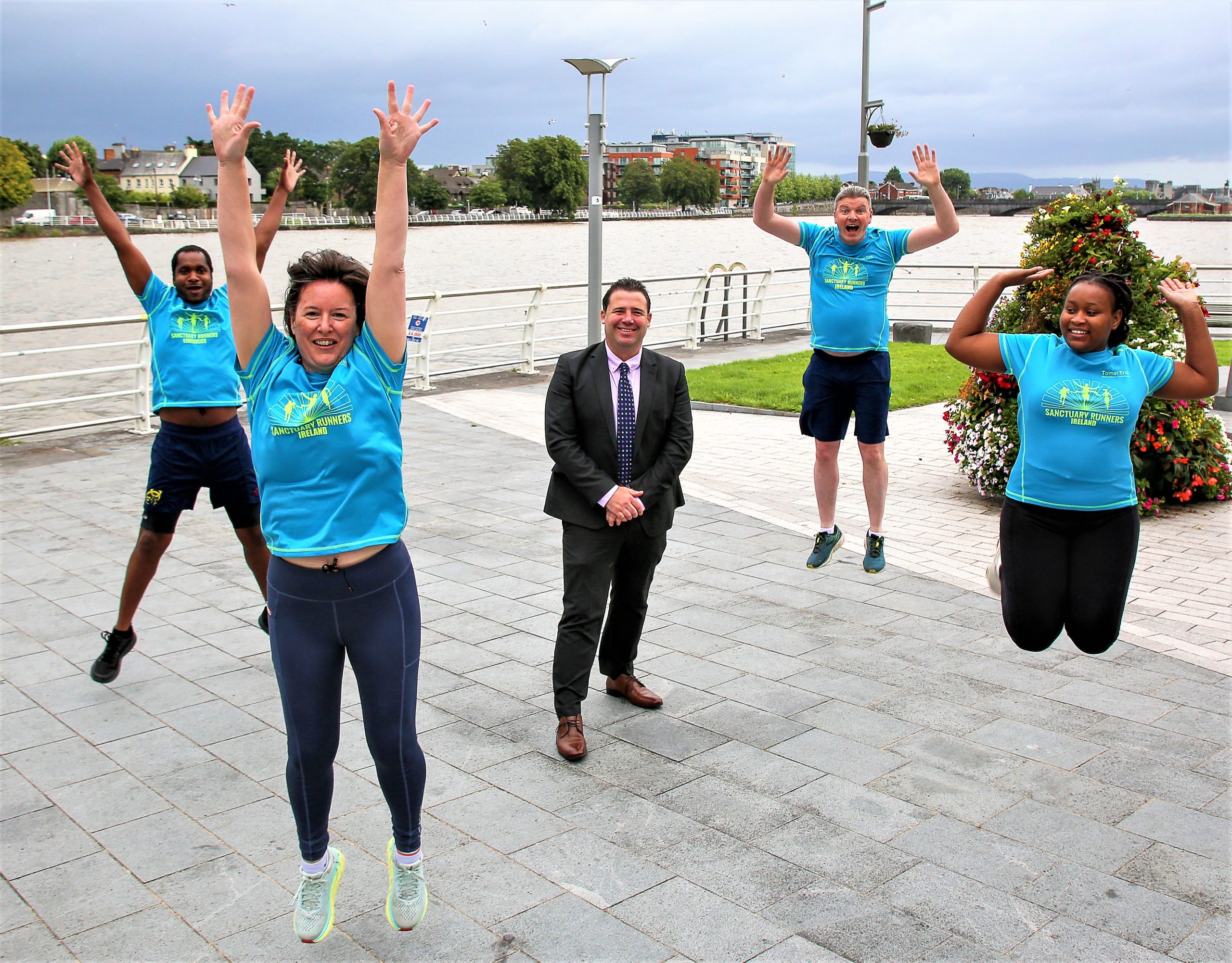 This week the Sanctuary Runners became recipients of funding and further supports from Rethink Ireland as part of the new Ignite Midwest Fund.

Seven innovative not-for-profit organisations in the Midwest region will receive cash grants from Rethink Ireland to the value of between €55,000 and €75,000 as well as additional strategic support.

In all Rethink Ireland announced combined funding of €650,000 to organisations in the Midwest this week.

The Ignite Midwest Fund has been created to specifically support organisations in the counties of Clare, Limerick and Tipperary working to tackle poverty, social exclusion, and inequality.

Already the Sanctuary Runners has groups in Limerick and Ennis but with this new funding plan to develop more groups in the region – including Lisdoonvarna, Borrisokane and Carrick-on-Suir.

Using running, jogging and walking to bring together asylum seekers, refugees and Irish people the Sanctuary Runners’ Movement now has 29 groups across Ireland with over 4,000 regular participants.

Its founder and National Coordinator Graham Clifford believes this partnership with Rethink Ireland is a major development for the social enterprise in the Midwest and beyond.

“Its validation for all of our work so far and now will help us to start groups in new parts of the Midwest region and further support those groups which already exist in Limerick and Ennis. Also, the help and advice of specialists will help us plan for further expansion nationally and internationally. Since we started this movement in January, 2018 we’ve seen how hugely impactful it can be for everyone involved. We focus on solidarity rather than charity and know that our groups have changed lives and local attitudes. Eyes and hearts have been opened through running. We’re so incredibly excited about moving up through the gears in the Midwest and are so grateful to Rethink Ireland and the donors behind the Ignite Midwest Fund for this incredible support.”

Ralph Parkes from the Parkes Family in Limerick and Clare said: “The Parkes Family Limerick and Clare are delighted to be one of the Ignite Midwest Fund founders and donors. We believe the Fund will have a lasting impact on the Midwest region and it will be truly transformational for the Awardees. We are delighted to support this fund, and we believe in the power of philanthropy and community. Social enterprise and charity work shows us all what is being done to make the Midwest region a better place to live and work.”

The Ignite Midwest Fund has been created in partnership with several private donors from the region including the Parkes Family Limerick, the Community Foundation for Ireland, and is matched by the Department of Rural and Community Development via the Dormant Accounts Fund.