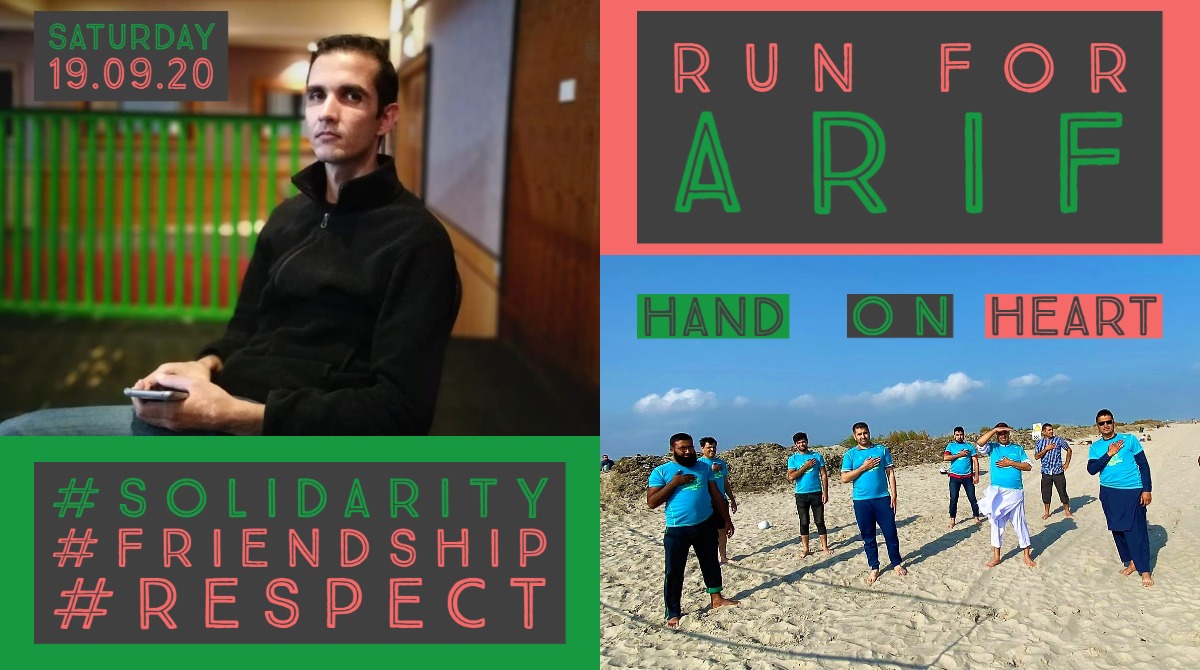 The Sanctuary Runner movement invite people to #RunForArif this Saturday and ‘hold their hand to their heart’ in memory of the young Afghan man
– Muhammad Arif Ahrar died in a Direct Provision centre in Monaghan in August
– Virtual Event will see runners and walkers across Ireland ‘holding their hand to their heart’, in memory of the young Afghan asylum seeker
– Tribute organised with the support of the Afghan community in Ireland
On Saturday morning at 11am (September 19th) the Sanctuary Runner movement will lead a virtual tribute to Muhammad Arif Ahrar who died in a Direct Provision centre in Monghan in late August.
The young Afghan man’s remains were returned to his home place earlier in September for burial.
“We were heartbroken to hear of Arif’s death, everyone was stunned and silenced, even though we didn’t know him personally. To have left a war torn country, arrived in Ireland and then feel he could not go on is so tragic, so sad,” said Graham Clifford, Founder of the Sanctuary Runner movement which uses running, jogging and walking to bring together asylum seekers, refugees and the wider Irish public.
This Saturday morning the Sanctuary Runners are asking people to run, jog or walk any distance in memory of Arif. And to take a picture holding your hand to your heart in his memory and to show solidarity with the Afghan community in Ireland and Arif’s family.
“Holding your hand, with open palm, to your heart is a sign of respect in Aghan culture. If people can take pictures holding their right hand to their heart we think this would be a simple, respectful and powerful symbol of solidarity, friendship and respect to honor Arif’s memory and for his family at home in Afghanistan,” explained Mr Clifford.

The Afghan Community in Ireland have worked with the Sanctuary Runners to plan this event and Hameed Wasily, representing the community, said:
“The most beautiful quality in a human being is respect for others – no matter where they come from. So we believe this ‘Run for Arif’ virtual event is a great act of respect to the late Muhammad Arif, his family, as well as to our own community here in Ireland. This act of respect shows unity of communities and all human beings. We are so grateful to the Sanctuary Runners for this kind initiative.”
If you would like to take part just run, jog or walk any distance, think of Arif and send a picture to info@sanctuaryrunners.ie with your message of tribute to him on Saturday morning from 11am or post directly to Twitter using @Sanctuaryrunner and the hashtag #RunForArif – or to Facebook.com/Sanctuaryrunners or to @Sanctuaryrunners on Instagram
Please remember to hold your hand to your heart in Arif’s memory in the pictures.