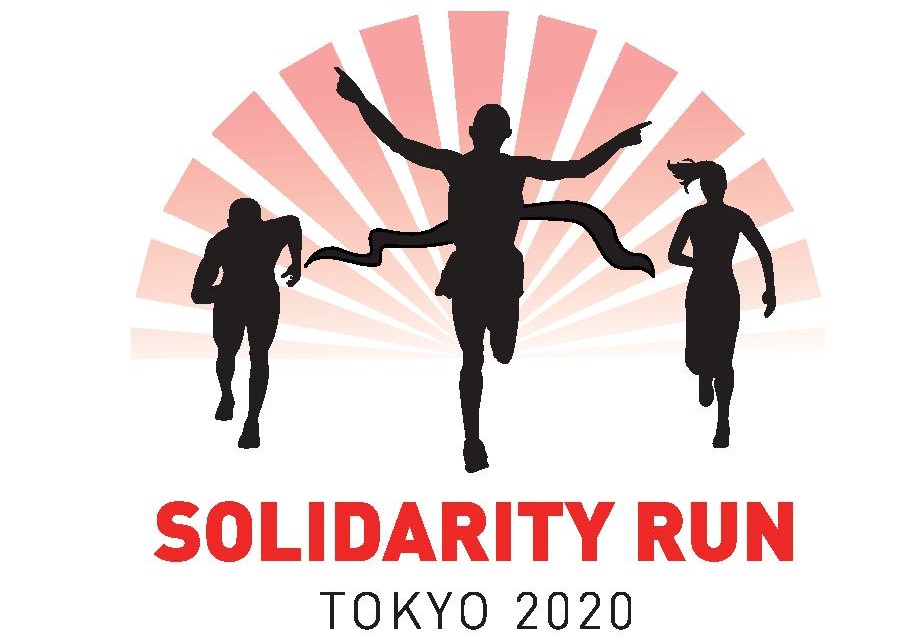 * The Sanctuary Runners was set up in Ireland in 2018 and uses running to bring together asylum seekers, refugees and wider Irish society

* The Solidarity Run at Tokyo 2020 aims to show solidarity, friendship and respect to migrants across the globe

* Amongst those taking part will be refugee athletes, former Olympians, the families of Olympic competitors, migrants and locals in Tokyo as well as visitors

On Saturday morning, August 1st, the Sanctuary Runners will stage a ‘Solidarity Run’ in Tokyo during the Olympic Games.

Taking over the Futakotamagawa parkrun near the Olympic stadium in Tokyo (a free 5k run) the Sanctuary Runners aim to use the event to show solidarity, friendship and respect to migrants across the world.

The Sanctuary Runners, a not-for-proft movement, was founded in Cork in 2018 by journalist and broadcaster Graham Clifford and uses running, jogging and walking to bring together asylum seekers, refugees and Irish people thereby forging friendships and informing people about our immigration system and those within it, while also helping migrants to understand the Irish community into which they have arrived. It is now ‘up and running’ in 20-locations across Ireland.

Graham explained the thinking behind the Solidarity Run in Tokyo this August:

“Since we first broke into a run we’ve had requests from across the world to start the Sanctuary Runners in other locations. From San Diego to Sydney, Glasgow to Caracas and Toronto to Bilbao. So we thought it made most sense to channel the Olympic message of inclusivity through sport to stage this run in Tokyo during the Olympic Games. We want to bring together as many nationalities as possible, all wearing our iconic blue Sanctuary Runner tops, to send out a message of solidarity, friendship and respect with migrants across the world. Amonsgt those we hope will run will be members of the Olympic Refugee Team (whose events have concluded by August 1st), fromer Olympians in Tokyo for the games, the families of competitors, visitors, migrants and locals.”

The initiative, which has received support from the likes of the Olympic Federation of Ireland, the Irish Embassy in Tokyo and the Association for Refugees in Japan, is only possible with the support of the Japanese and Worldwide parkrun movement.

Parkrun international is a collection of 5k running/walking events which take place every Saturday morning at over 1,500 locations in 22 countries across five continents…..and continues to grow.

“We work very closely with parkrun Ireland and our members, which now number 1,600, take part in parkruns each week. The parkrun international organisers have been so supportive of our run on August 1st in Tokyo and we are very grateful to them. They both share a similar ethos of inclusivity and respect to everyone who shows up to take part,” said Graham Clifford.

The Sanctuary Runners was recently named as Ireland’s ‘Best Community Sports Group’ at the All Ireland Community and Council Awards in Croke Park and last year won the best ‘Health and Well-being initiative in Ireland’ award at the Chambers Ireland awards.

In 2019 it was also named as one of Europe’s leading social inclusion in sports initiatives by the European Commission.

It welcomes runners of all abilies. Even Irish Olympians such as Olive Loughnane, Rob and Marian Heffernan and Claire Lambe run with the movement and the likes of Sonia O’Sullivan, Lizzie Lee and Mick Clohessy have lent their support through the donation of running gear and teh provision of training sessions.

As preparations continue to hold the ‘Solidarity Run’, on August 1st organisers are very mindful of possible disruptions caused by the Coronovirus (Covid-19).

“We will, of course, be guided by advice from the Department for Foreign Affairs in Ireland, other Government agencies, the Japanese authorities and the World Health Organisation (WHO). At the moment the International Olympic Committee (IOC) believe the Olympic Games will go ahead as planned. Until we receive advice to the contrary we will continue to plan for this event with our team in Tokyo but will continually review the situation and act with the utmost responsibility at all times,” said Graham Clifford.

If you are interested in being part of the Solidarity Run in Tokyo on August 1st please email us to info@Sanctuaryrunners.ie